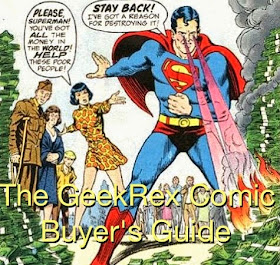 We know walking into your local comic shop or browsing the new titles on Comixology can be harrowing, particularly with the rising prices of comics. The GeekRex team feels your pain, so that's why each week two members of our team will collaborate and highlight the "must-buys" of every Wednesday, and we'll make sure we keep the tab under 20 bucks. Props to MultiversityComics for coming up with the great idea–we hope you like our spin on it!

This Week's Team: Kyle and Harper 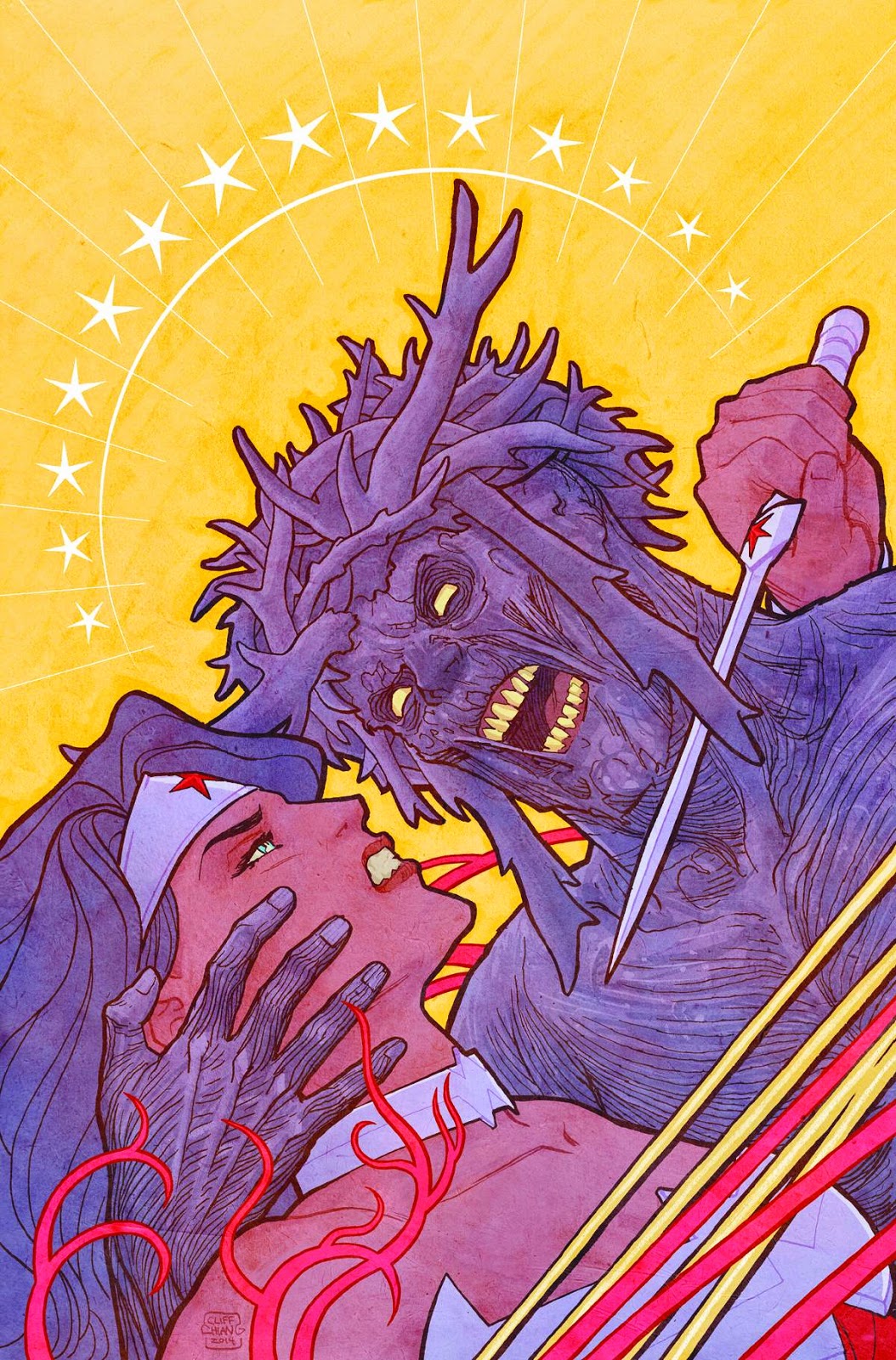 The penultimate issue of perhaps our favorite series of the entire New 52 is a definite pick. Azzarello and Chiang's epic story is coming to an epic close as Wonder Woman, now with the power of War, faces down in a final showdown with the insanely creepy First Born. What can I say–it's been awesome since the very beginning, so it's worth reading to the very end. 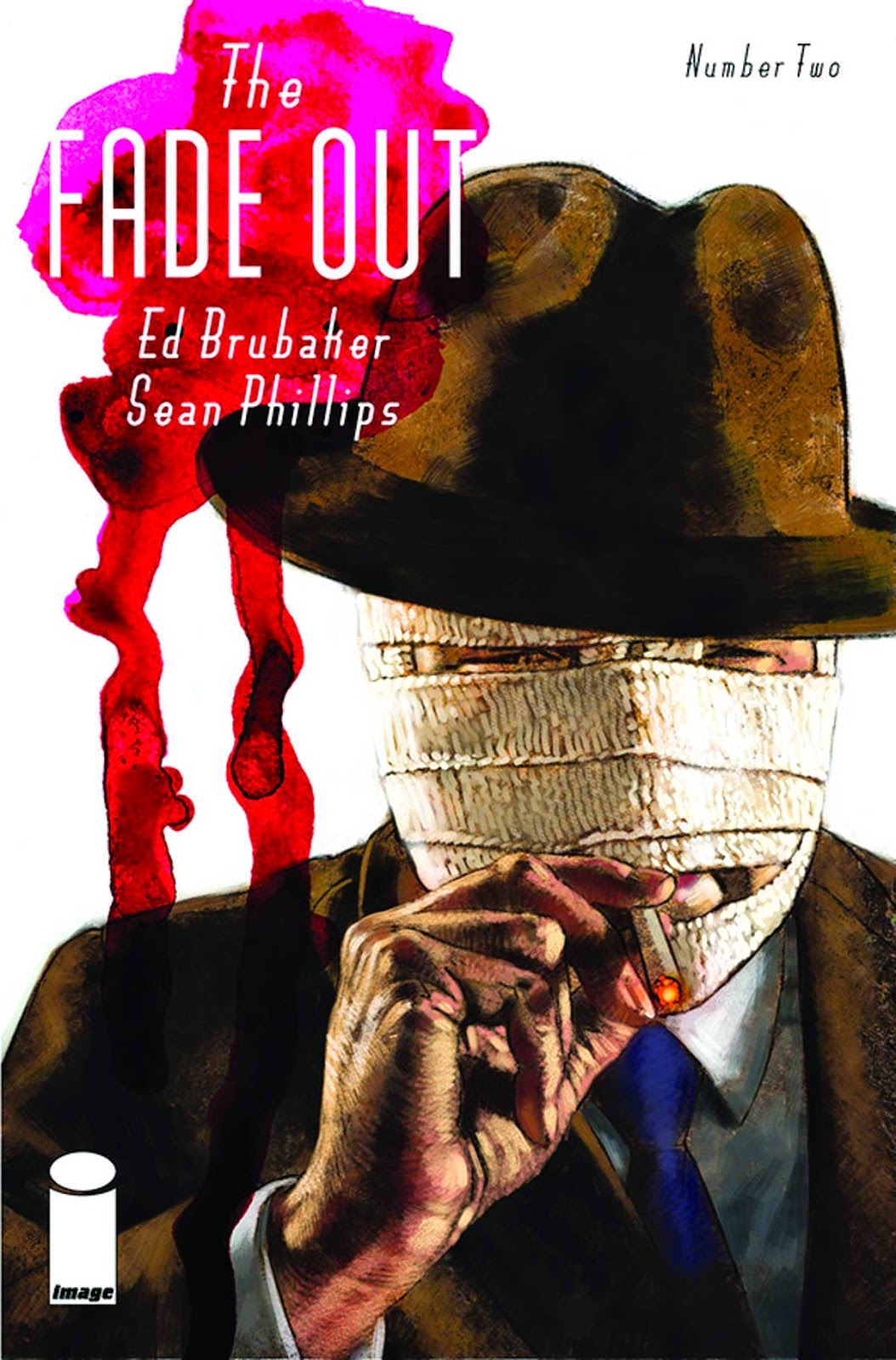 Brubaker and Phillips have long been one of the juggernaut teams of comic books, perhaps undeniably the greatest crime comic creators, but with The Fade Out they've especially hit a vein for me. It combines a classic Hollywood with a nasty murder mystery setup and a cast of characters that all have something to hide–and that was just the first issue. Count me in for a super-engaging story with gorgeous art! 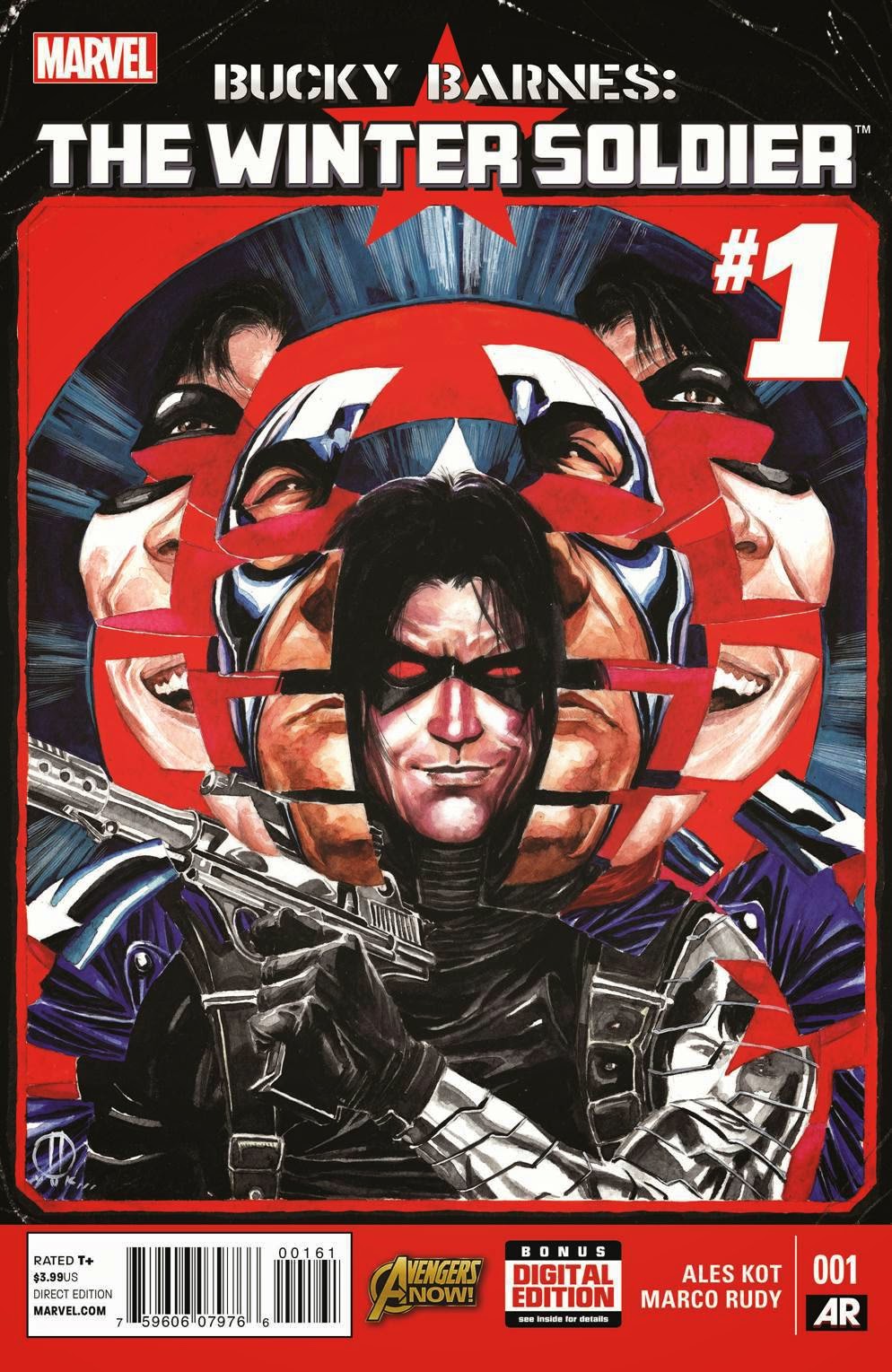 With Zero and Secret Avengers, Ales Kot has a lot of very interesting things to say about war and how it affects the human condition. Bucky Barnes: The Winter Soldier is what Kot calls the third part of his "war trilogy", mixing the absurdist elements of Secret Avengers with the hard-biting emotional anguish of Zero. In it, he takes the absurd "Watcher on the Wall" role that Bucky inherited in Original Sin and utilizes it to make a grand statement on a variety of topics including fluid gender, taoism, feminism, many worlds theory etc...and he does with Marco Rudy by his side. This may be the most interesting Marvel book to be released in years. 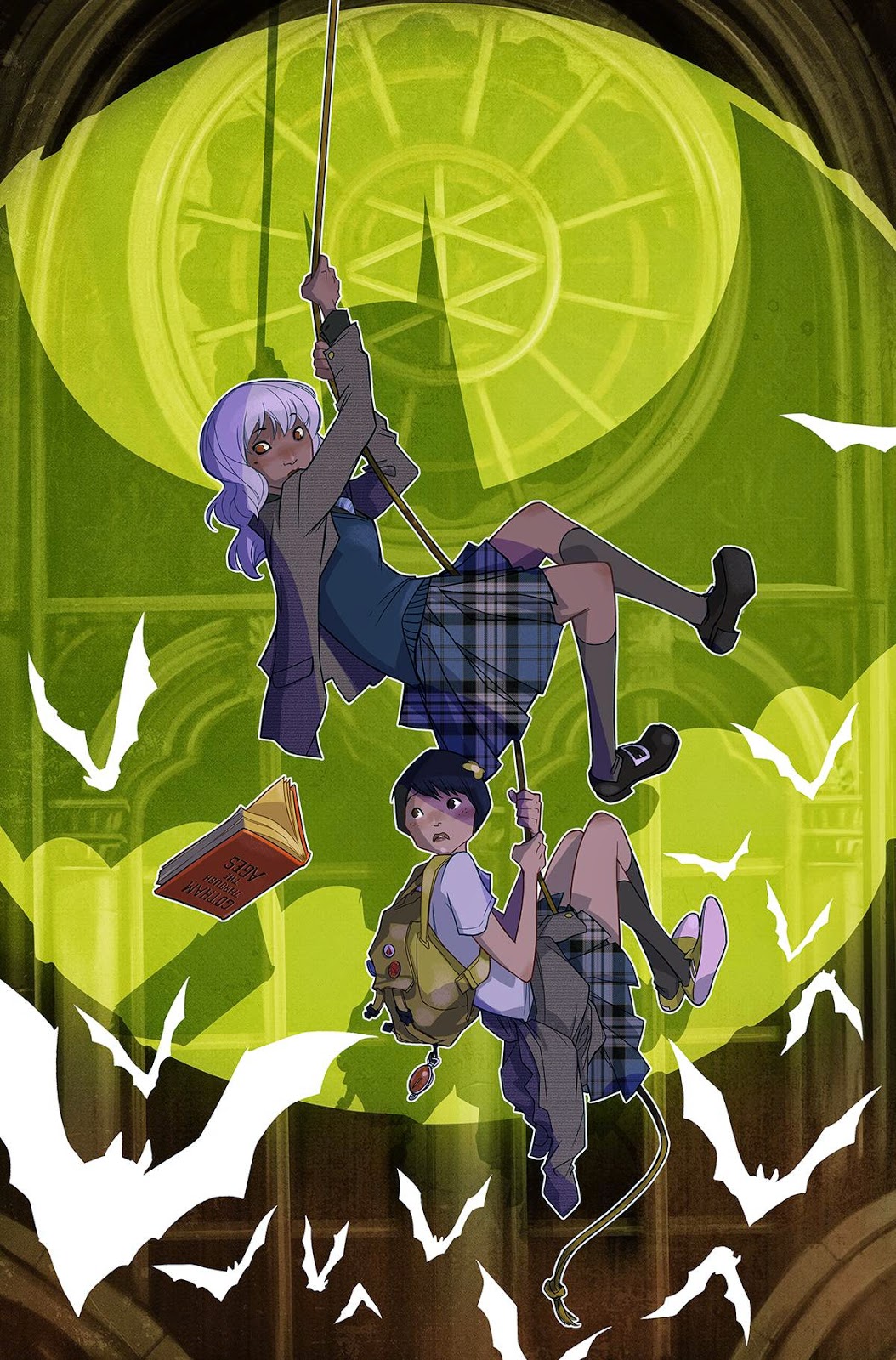 While some of us aren't happy about the conversion of even more of DC's output into Bat books, this one is a big exception. It's a book starring young girls at a Gotham City prep school, finally a book in the larger DCU that is deliberately aimed at a younger, more female audience. Not to mention the stellar team of Brenden Fletcher and Becky Cloonan writing with Karl Kerschl on art! 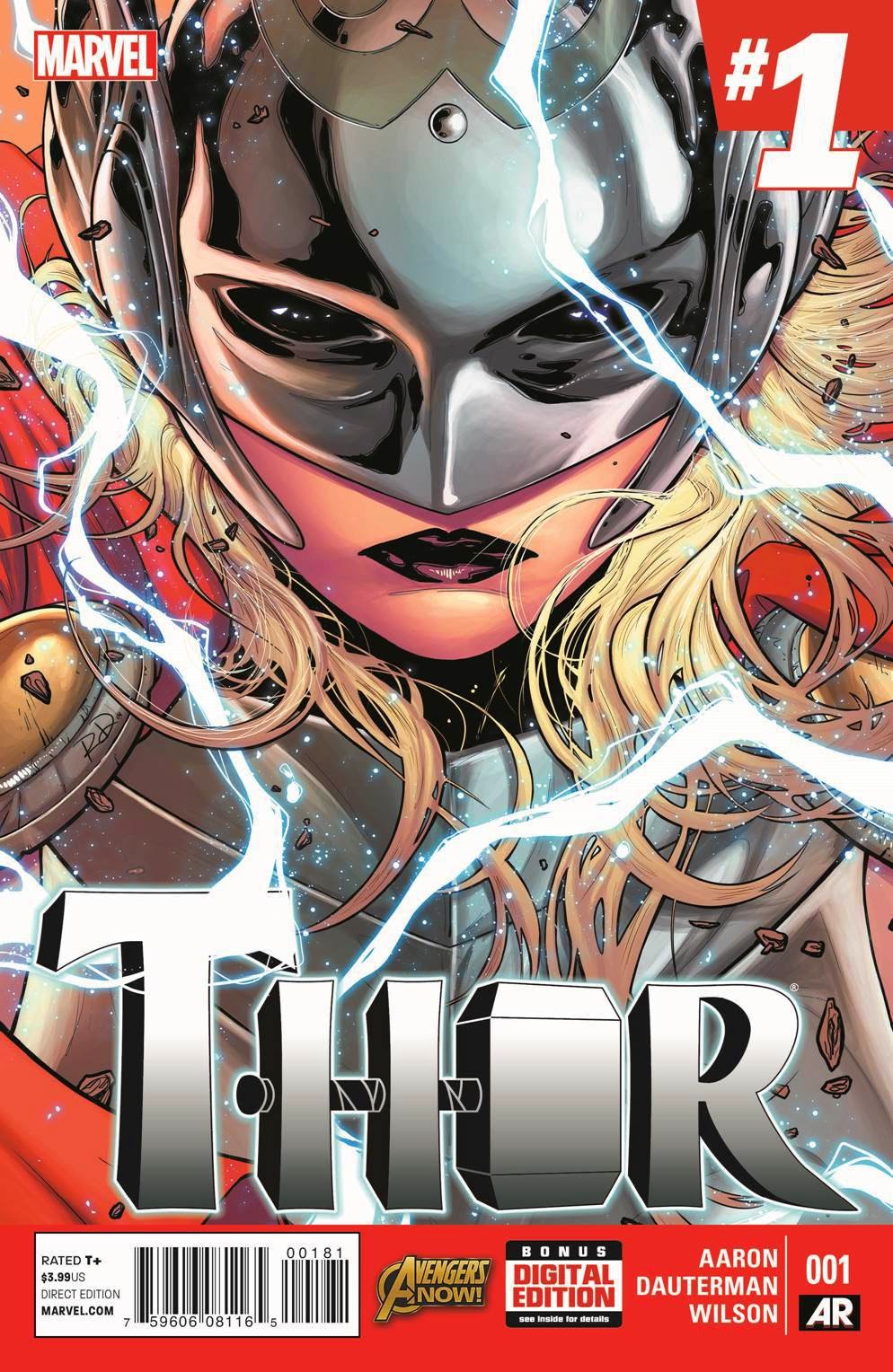 Most of us were huge fans of Aaron and Ribic's epically metal run on Thor: God of Thunder, and most of that enthusiasm (as well as the writer) is carrying over to this new volume. That'd be good enough for me, but throw in a mysterious new female Thor and an Odinson that has strangely lost his worthiness and this is pretty high up on my list. Plus, who doesn't love saying Jarnbjorn?


Pick of the Week

Moon Knight: From the Dead by Warren Ellis, Declan Shalvey and Jordie Bellaire

Never in my wildest dreams did I think I'd ever be into a Moon Knight comic. While Daredevil has constantly fended off criticism as being a second-rate Batman, Moon Knight was more or less designed to completely ape The Dark Knight's iconography; except it was a property that never really had the stories to back that ambition up. Not even comics superstar team of Brian Michael Bendis and Alex Maleev, who so successfully reworked Daredevil back in the early 2000's, could do anything with the exploits of poor mentally ill Marc Spector. Enter Warren Ellis.

Ellis, long known for his masterpieces with DC's Vertigo and Wildstorm imprints, Transmetropolitan and Planetary, never really was one to do straight "work for hire" assignments within Marvel or DC. Sure, he'd done a few, but the same passion for storytelling never seemed quite as apparent as when he was writing the adventures of Elijah Snow or Jenny Sparks. The idea of his taking over Moon Knight was something altogether different. Akin to when Alan Moore revamped Supreme and Grant Morrison did the same for Doom Patrol, X-Men, and The Seven Soldiers of Victory, this is a creator rebuilding a concept from the ground up and doing so in a way that gave even Matt Fraction's Hawkeye a run for its money as Marvel's best monthly comic.

Pushing much of Marc Spector's mental illness issues into the background, making it more of a detail that informs the character rather than defining him; Ellis, artists Declan Shalvey and Jordie Bellaire told a tight six issue set of stand-alone tales of the protector of those who travel by night, who dresses in white because he wants those he stalks to see him coming. Imagine the following tapestry told in these installments:  A mysterious sniper, a gang of ghost punks, a dream that afflicts the patients of one particular doctor, an abandoned building full of thugs holding a little girl hostage - with Moon Knight, Ellis, Shalvey and Bellaire introduce us to the darkest corners of New York City, far grimier than anything I've seen this side of The Punisher (and certainly more to my taste). Even the simple and clean origin recap that populates the beginning of each issue gives you an idea of how "anything goes" this series was:

Mercenary Marc Spector died in , under a statue of the ancient deity Khonshu. He returned to life in the shadow of the moon god, and wore his aspect to fight crime for his own redemption. He went completely insane, and disappeared. This is what happened next.